Golf is quite unique when compared to many other popular sports, partly due to the game play, and partly because golf presents a number of mental challenges that the golfer needs to come to terms with in a productive way and then use what they’ve learnt to better themselves while on the course.

While there are plenty of physical challenges that a golfer has to overcome, the psychological ones can be just as demanding, and often relies on the golfer having to change their entire mindset when approaching the game. Let’s take a look at some of the more common of these challenges and why they can become a burden.

The Lack of Routine

A sport like baseball or football follows a particular routine or pattern, and while variations do appear quite often, the overall playstyle of the players remains the same, regardless of whether it’s children playing or professional sportsmen.

Golf is different in that there is no real routine present – there are set rules and ways of playing, but because every game and every course is as unique as the last, it adds that extra challenge of having to think on the course, sometimes under serious pressure, especially in a competitive setting. A golfer will need to be open-minded and willing to adapt to any situation that they find themselves in if they hope of getting more proficient at the game.

All The Extra Time

When involved in a fast-paced game like baseball, there is very little time to sit and think about what move to make next, and a lot of it relies on pure instinct.

Golf is the opposite, and the player will have ample time to contemplate their next decision, and while this might have some benefits, it also means that there are many more variables to consider, and this can add pressure to the game. It also gives the golfer the chance to think about the mistakes they could make and how it can impact their progress, and in a competitive setting this revelation has ruined more than a few golfers.

The margin of error within golf can sometimes be much smaller than in many other games. Every swing that the golfer takes changes the nature of the game, doubly so if the ball goes somewhere that they didn’t anticipate.

This means that there’s further pressure to try and make every single shot count as much as possible, and to always be aware that the slightest hiccup could potentially ruin the session. Of course, it’s also important for the golfer to realise that not everything is under their control at all times, and that things can go wrong no matter how well they plan.

It’s difficult not to be emotional while we play our favourite games, but emotion can interfere with our logical thought pathways and lead to unintentional mistakes, such as shooting the ball too far because we’re angry with how a previous shot turned out, or mess up our chances of winning when playing online bingo in Canada. Emotion needs to be tempered as much as possible on the course. 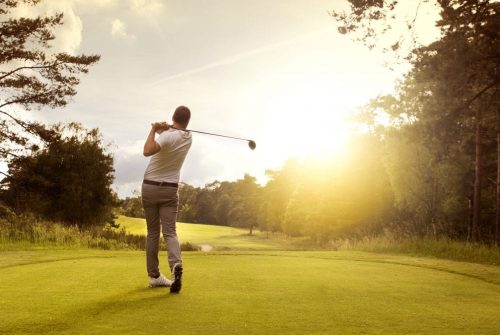 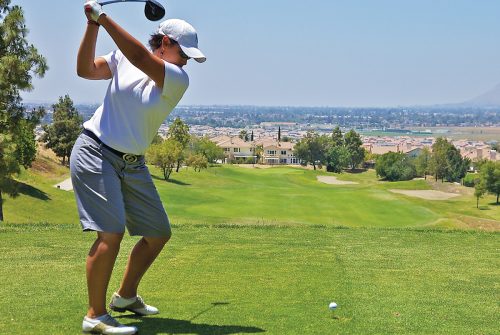 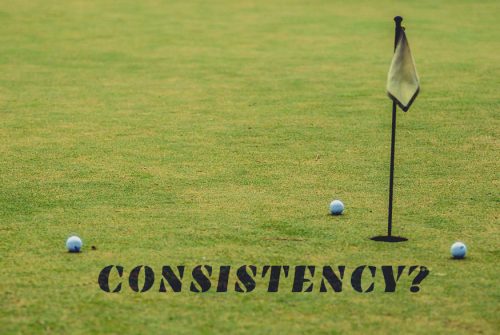 Getting And Staying Focused When Golfing